We’re delighted to announce that we signed with Massacre Records for a worldwide release of our second album called “White Stained Inferno“! The album will be released in late October. Expect something more atmospheric and darker than “404 B.C.”. Further details are coming in the next weeks, so stay tuned!

Based in Germany, Massacre Records has released many successful records since 1991, including albums from King Diamond, Legion of the Damned, Crematory, Theatre of Tragedy, Eisregen, Darkane, Hatesphere, Illdisposed and many more! We’re very happy to enter into their roster and we’re looking forward to a great collaboration! 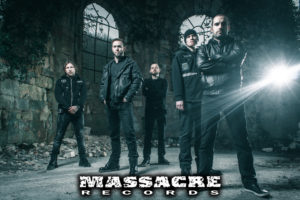